The good news is that Miles Ahead, the Miles Davis biopic, has a lead actor (Don Cheadle) playing the title character that strongly resembles Davis (side eye, whilst still supporting, to you Zoe Saldana and David Oyelowo). The better news is (...) 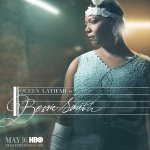 Get ready for booze, explicit sex, and a love triangle. Essentially a blues story, but also so much more. Queen Latifah (Dana Elaine Owens) reportedly spent the better of a decade trying to get this film made. However the film doesn’t appear to (...)